Have you ever walked by the same place day after day never noticing anything different, one day you stop and see something that you never have before… but when you start to investigate you learn that it has been there all along?

This has happened to me recently. …

Keys have been fascinating me lately, more specifically skeleton keys. I do not have any logical reasoning why this has started. This has caused me to do some research in why we often notice something new that has always been there and in doing so I have come across a new term that has totally consumed my thoughts.

Phenomenology as a discipline is distinct from but related to other key disciplines in philosophy, such as ontology, epistemology, logic, and ethics. Phenomenology has been practiced in various guises for centuries, but it came into its own in the early 20th century in the works of Husserl, Heidegger, Sartre, Merleau-Ponty and others. Phenomenological issues of intentionality, consciousness, qualia, and first-person perspective have been prominent in recent philosophy of mind.

This is how I feel about my sudden interest in skeleton keys. The ideas of keys are symbolic to me on many levels.

Open doors and free us.

They can hold the answers to hopes and dreams.

The skeleton keys hold an element of mystery for me. They have protected things of the past…   physically and emotionally for many years. Treasures of written words and forbidden thoughts were hidden from the eyes of many. They have also been used to free us of things that have bound mind and body of so many.

I am excited of the possibilities that these skeleton keys will unlock in my reality. I look forward and embrace the experience of why they are here and what they will reveal within me that has been hidden behind this thin opaque veil. 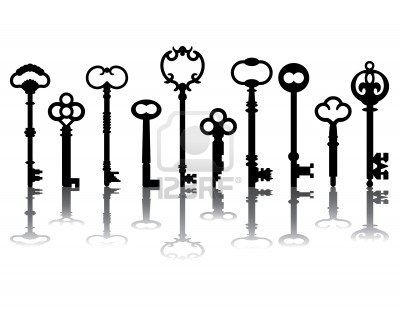 Keys to the imagination…