First, I want to thank everyone that participated in my “Word Project”

I must admit that over the last 6 months it has been an interesting process. I walked into this thinking that this was going to be a grand 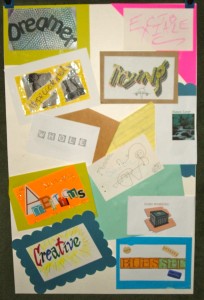 massive global visual presentation… walls covered with little index cards everywhere. It become clear from the start. That this was to be an internal journey for me and also for everyone else involved. The visual aspect would become secondary.

I sent out the request for the  index cards through my website, newsletters and postings on Craigslist~ both in the states and on the other side of the pond… I had big dreams.

I realized that while doing my own personal card. The project that I put forth to everyone was a very difficult one. It is really difficult to create one word that sums up an individual…and not really fair to make someone limit themselves to just one word… But that will be for next time maybe I will ask for a sentence…lol. I thank you for walking along with me during this journey.

I did not open the envelopes till November 2nd just to give several days to allow time for late submissions. So I had no idea what I was given to work with…it was such a wonderful thing to sit there and open up each one. It was interesting the emotional reaction that I had because here I was sitting holding a card that held the essence of a human being. This is what they hold as the most appropriate word that describes them… to me this was very profound.

In total I received 10 cards and mine made 11. Which in my life the number 11 has always been a very important number it has always pointed towards change. So this added a different twist to everything.  This is also one of the reasons that I completed this project on 11/11/11. The order that I opened the envelopes is how they were placed on the page. Some of the papers in the background are the envelopes that they were delivered in there and there were several personal letters enclosed. These are also included in the piece. They are folded, as not to be read by anyone, you and I know what they say…I think it adds a certain power of the piece.

Because there were a limited number of cards it allowed me the chance to show you the cards that were sent to me individually and then together as the finished piece. I think I will eventually frame this but for now… this is what it looks like.

To sum up what I learned during this process… is that sometimes you cannot gauge the impact that something might have before it is started and that you HAVE to be open to what happens and how the work changes. As I said this was profound for me… but not in the ways I thought it was going to be. It was a very human experience. I felt humbled that people shared with me something so intimate. 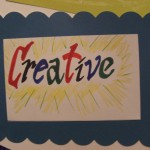 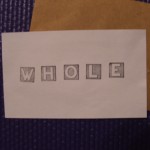 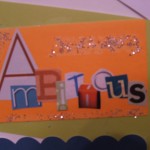 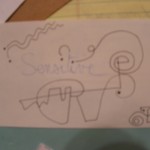 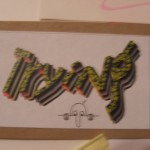 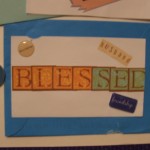 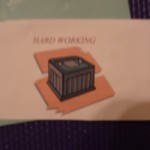 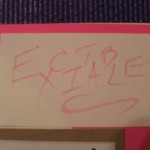 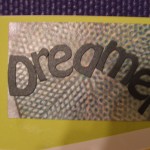 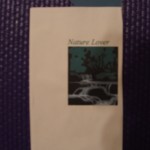